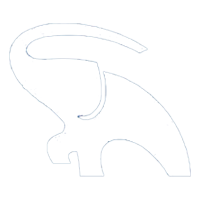 Your protagonist has a list of characteristics that can be gradually improved as you participate in events. For example, enhance your charisma by fighting in rap battles, or your physical qualities by going to the gym.

Anyhow, we can move to different places, accumulate and manipulate objects, chat with Jenny, Roxxy, Judith, or a similar cheerleader. All the latter with graphics that will remind us of Japanese comics, although not too hardcore but readjusted to a Western audience.

Your character’s quotidian life consists of achieving different events during the day before going to bed. You can level up your character’s abilities as you participate in various activities, where you’ll find more than 20 mini-games.

It’s got nothing to do with classics of the likes of Day of the Tentacle, The Secret of Monkey Island, or Indiana Jones and the Fate of Atlantis but it’s slightly more like Heart of Chine or Myst as you can guess, fixed settings viewed from a first-person point of view and amounts of components to be clicked on to interact with them.

On Mac, you can enjoy any game such as Caveman Ninja, Toon Boom Harmony Mac, War Thunder Mac, Crossout Mac, Magic the Gathering Mac, Elsword Mac, , and even Summertime Saga for Mac.

The game comes with more than 65 characters to meet and interact with, over 30 unique locations, 20+ mini-games, with hours of new content being added every update.

Download Summertime Saga for Mac and improve your character!

OS X 10.9 and up
Promote your software/app with Softwsp.
Latest on Windows

Simulate the movement of your mouse cursor

Hitwe – chat with people and grow your pet

Measure bandwidth from your Android device

Northmark: Hour of the Wolf

Northmark: Hour of the Wolf is a turn-based role-playing game in which the player has to create a character, choosing from different classes and races. Northmark: Hour of the Wolf attempts to get everyone interested in trading cards, regardless of any previous experience with them. To achieve that, the developers have integrated the mechanics into

TeamSpeak continues the legacy of the original TeamSpeak communication system previously offered in TeamSpeak Classic (1.5) and TeamSpeak 2. TeamSpeak 3 is not merely an extension of its predecessors but rather a complete rewrite in C++ of its proprietary protocol and core technology. TeamSpeak is a flexible, free, easy to use, powerful, and scalable application

Web Acapella is a website-creation application designed for both professional users who need a website for their business, as well as for private users who want to create a personal site. Moreover, Web Acappella come with numerous editing and publishing tools that enable you to quickly and effortlessly make webpages. With its full WYSIWYG capabilities,

iBoostUp is a system optimizer that monitors and corrects system performance problems. With iBoostUp’s help, you can tune up and improve the overall performance of your Mac by removing unnecessary files, cleaning system and apps cache, finding and removing duplicate files, and by offering performance recommendations. iBoostUp deletes unneeded files, protects privacy by removing cookies,

Google Nik Collection is a grand suite of tools that will add a different touch to your photos by adding filters and bold effects that give your photos more character. Easily create the photos you’ve imagined with six powerful plug-ins for Photoshop®, Lightroom®, or Aperture®. Nik Collection provides tons of different options so you can